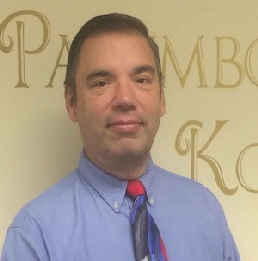 Ron has been with our office since the inception. In the early days he was “Of Counsel.” Starting in April of 2014 he joined us office as Senior Trial Counsel. Ron brings a lifelong career history as a criminal attorney, both as defense counsel and as a local village prosecutor. Ron was handpicked in 2011 to be the part time special Village Prosecutor for the Village of Bronxville, New York. There Ron that prosecutes all of the speeding tickets and other moving violations in Bronxville.

Ron’s entire legal career has been as a criminal defense lawyer. Ron began his legal career as an appellate attorney for Servino & Seymour, representing clients in appeals from criminal convictions and sentencing. Ron has prosecuted appeals from felonies and misdemeanors in all appellate divisions and appellate terms of the State of New York. After several years Ron left Servino & Seymour and opened his own private criminal defense practice, where he continued his appellate practice and also represented clients and motorists against felony and misdemeanor charges, as well as speeding and other moving violation infractions.

Ron was educated as follows:

Having represented both motorists and the government in prosecuting and defending allegations, Ron has a unique prospective and an insider’s look how the system operates. Ron has t echnical knowledge of police training and enforcement equipment, why the police enforce some traffic laws and not others, and the real motivation is behind traffic enforcement. Very few speeding ticket defense lawyers have experienced a case the way Ron has. Because of this insider’s knowledge, Ron is able to get you a better deal or your case dismissed.